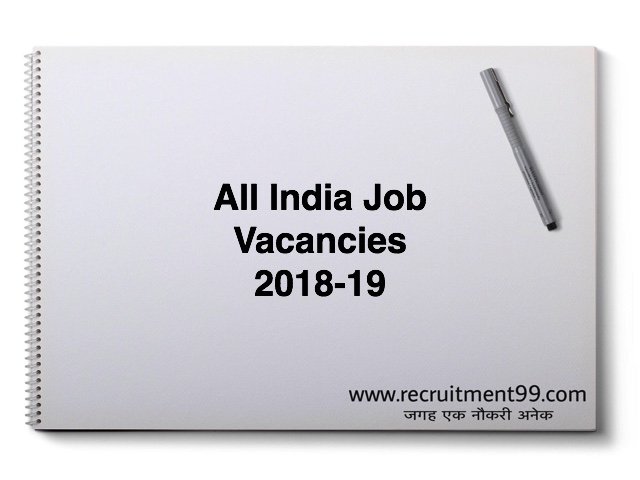 In India society every year millions of peoples completed their studies and look for the job Vacancies. Some of the peoples choose and government vacancy sector and other choose the private sector. It depends as per the choice.

In the world, only India is the country, where government every year released lakh of Sarkari Jobs Notification.

Today we are going to the discussion on All India Latest Govt Jobs Vacancies State Wise, Department Wise, and Qualification Wise. This article will help to choose a better way for your career. We will talk about the following points 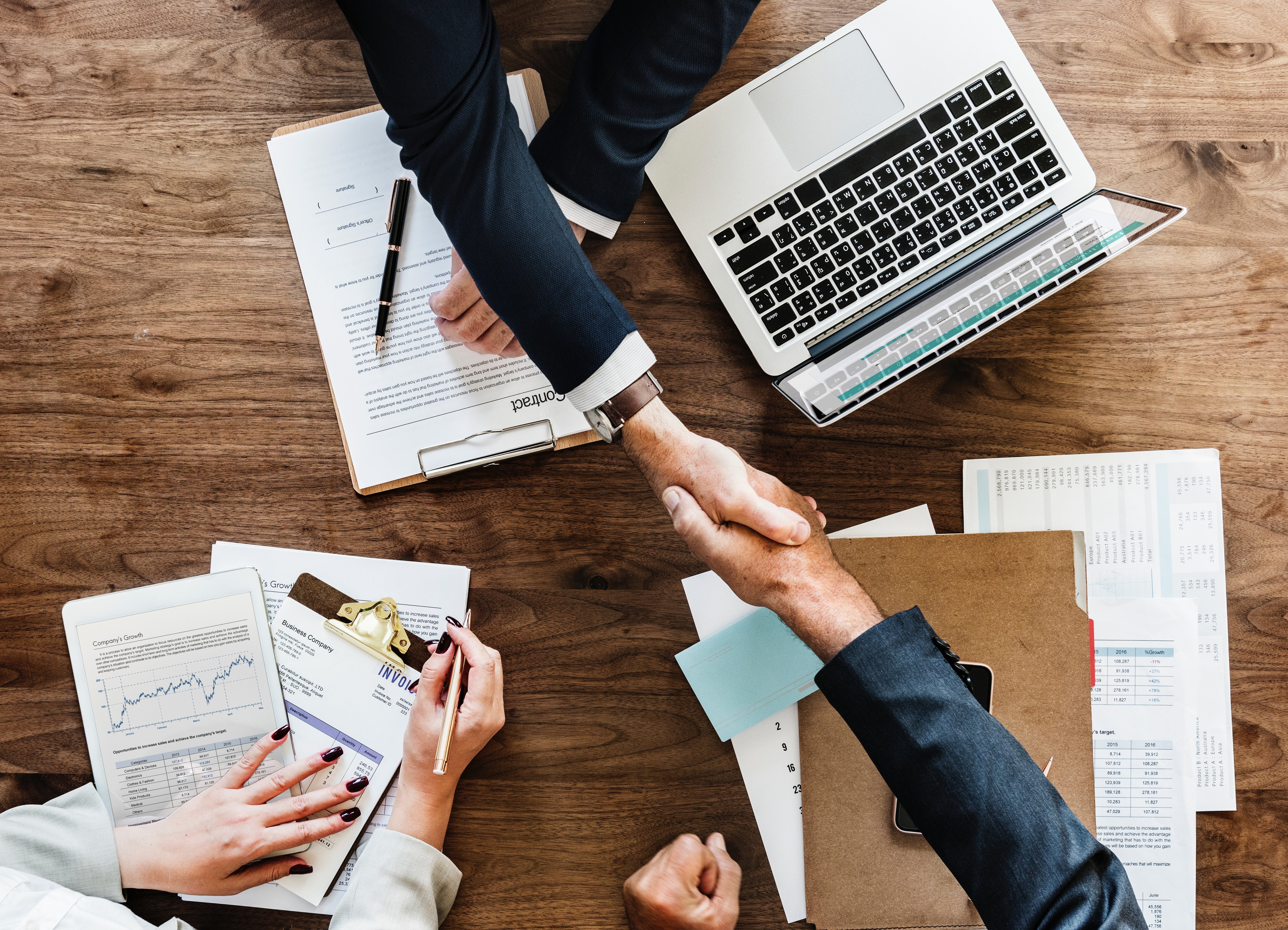 In our country (India), Government Job Vacancies have always been the primary goal for the youth. Every people love the Sarkari Naukri, whether it is a peon’s job. What the reason behind it lets find.

In the private sector, peoples need to complete their target in a limited period. In this time period peoples passed from much of work pressure. Generally, people realize this after spending considerable time. Most of the peoples stressed with work and they are getting sick because of their lifestyle. Because of which they have to face many diseases such as back pain, high blood pressure, heart disease, and relationship problems.

So, here we provided some of the Pros of Government Jobs in India are 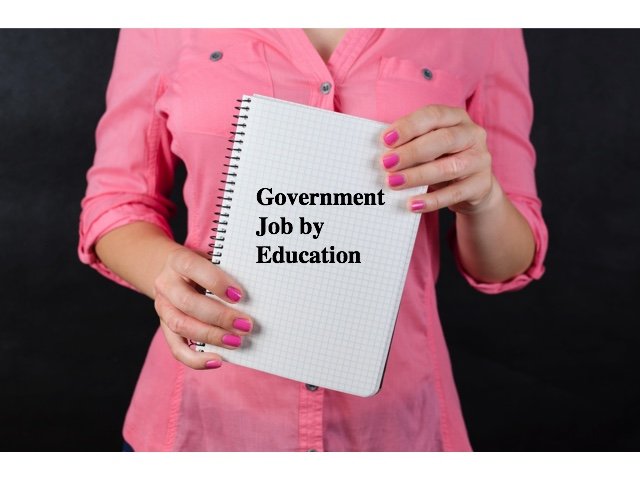 The candidates who have 8th passed certificate they can apply for all eight-class passed Government Recruitment in India as per their choice. Here we provided the list of upcoming govt jobs list with post name. Interested candidates, please visit the official website of authority. Name of posts which is eligible for 8th Passed Candidates.

If you are the candidates who have completed their 10th class they can apply for the 10th Passed Govt Jobs in India. Check out the below mentioned Latest Govt Job List, which eligible for all 10th Passed Students

The candidates who have a Graduate Degree they can be applied for all PSC, Central or Bank Job in India. We advised the candidates please readout below article to get more information of PSC Government Jobs 2018-2019. All Graduate students search for the job in their skill

In India total 29 states available and 27 Public Service Commission available. All PSC every year release the many types of job in the various field. Here we provided the list of all PSC with the government recruitment post name. 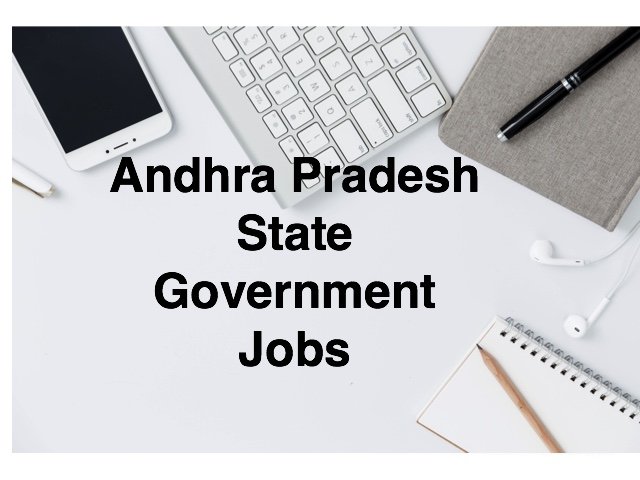 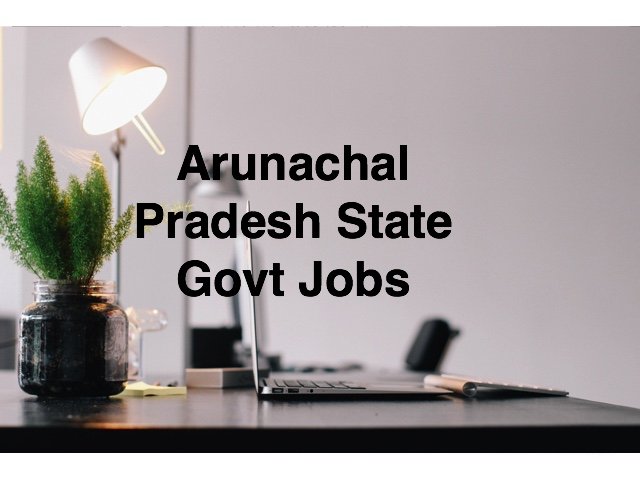 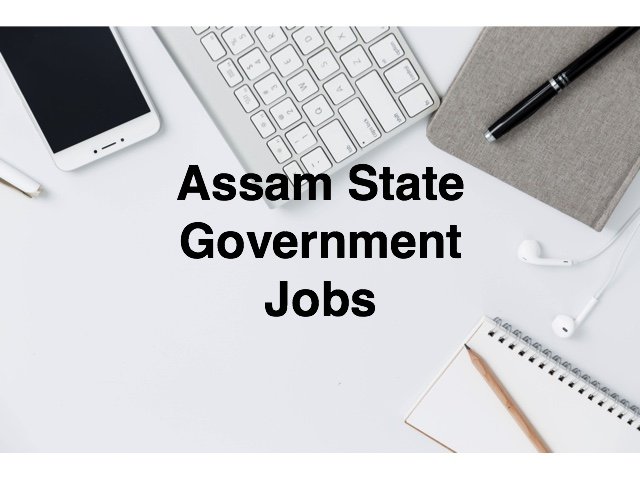 The Assam State is located in northeast India. The area of Assam is 78438 Square KM. It is the 17th largest state in India by area. In the rank of Population, this state comes on 15th position. The capital of Arunachal Pradesh is Dispur. Know more about Assam

In the Assam State, most of the Government Jobs are the issue by the Assam Public Service Commission also known as APSC. It is the government organization, which is organized the various Assam latest Sarkari Jobs in the state. The official website is www.apsc.nic.in. The list examination is as follow 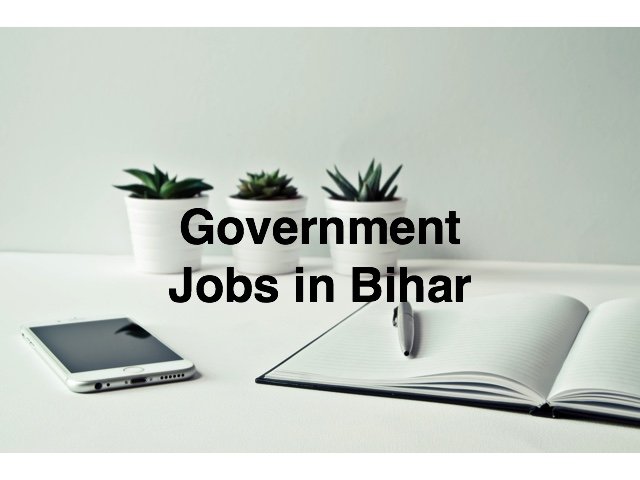 Now, talk about the Bihar Government Employment News. In the state mist of the Government Vacancies are conducted by the Bihar Public Service Commission (BPSC). The official website of BPSC is www.bpsc.nic.in. It is the government organization which is conducting the following Online Bihar Government Jobs

Other Sarkari Jobs in Bihar State 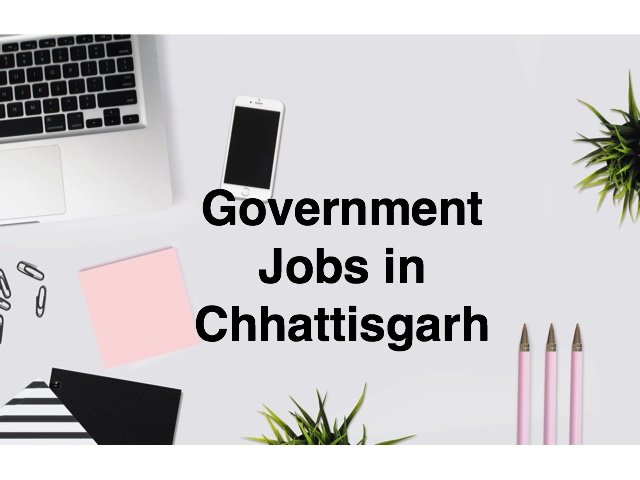 Now, talk about the Chhattisgarh Government Employment News. In the state mist of the Government Vacancies are conducted by the Chhattisgarh Public Service Commission (CGPSC). The official website of BPSC is www.psc.cg.gov.in. It is the government organization which is conducting the following CG Govt Jobs in Hindi 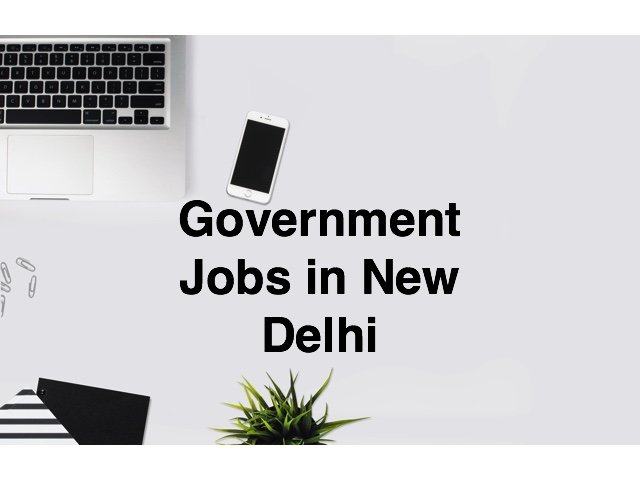 It is the Capital of India. It is covered by the Haryana and Uttar Pradesh. The area of Delhi is 1484 square kilometers. It is the 2nd largest state in India by the population after the Mumbai. Know more about Delhi 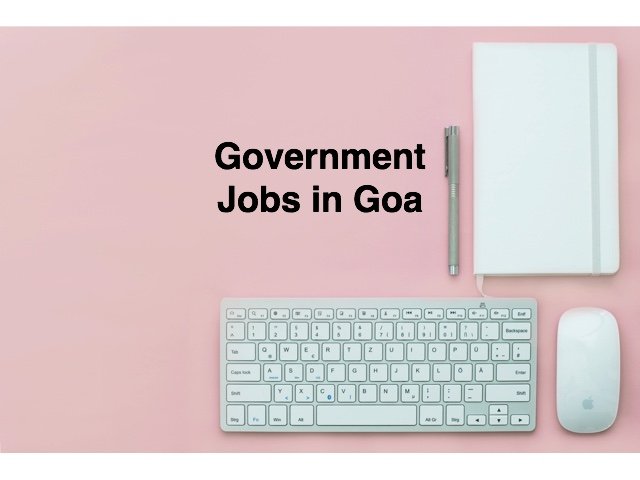 The Goa State is located in Western India. The area of Chhattisgarh is 3702 Square KM. It is the Smallest state in India and 4th smallest state by the population in the country. The capital of Goa is Panaji. Know more about Goa

Now, talk about the Goa Government Job Recruitment. In the state, most of the Job Vacancies are conducted by the Goa Public Service Commission, PWD, Electricity Department. Please check the official website of authorities for Latest Jobs Advertisements. According to Google, here mentioned the most searchable Goa Government Recruitment 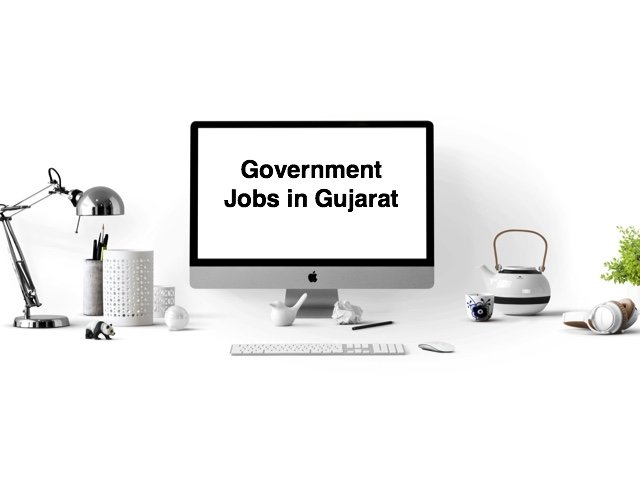 In the Gujarat state, most of the Job Vacancies are conducted by the Gujarat Public Service Commission. Please check the official website of authorities for Latest Gujarat Job Vacancies Advertisements. According to Google, here mentioned the most searchable Government Jobs in Gujarat State 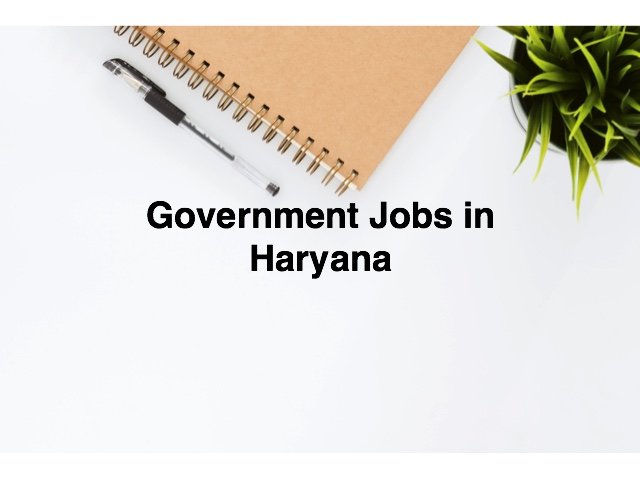 The Haryana State is situated in North India. The area of Gujarat is 44212 Square KM. It is the 21st largest state in India by area. In the rank of Population, this state comes on 18th position. The capital of Haryana is Chandigarh. Know more about Haryana 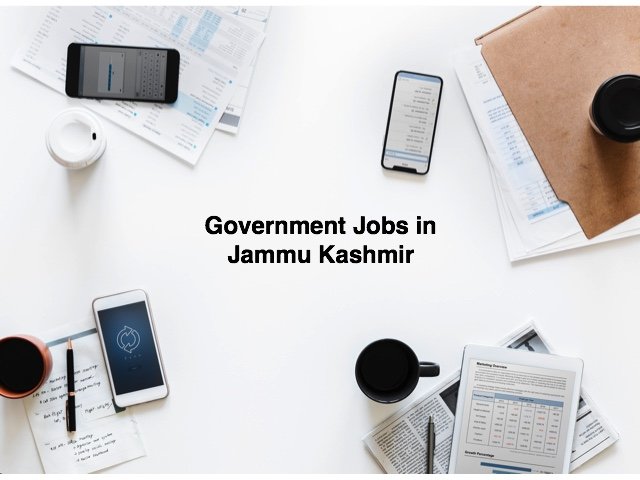 The Jammu & Kashmir State is situated in North India. The area of Jammu and Kashmir is 106992 Square KM. It is the 15th largest state in India by area. In the rank of Population, this state comes on 19th position. The capital of J&K is Srinagar. Know more about Jammu & Kashmir

Let’s talk about the Employment News in J&K. In the state, most of the Government Vacancies are control by the Jammu & Kashmir Public Service Commission (JKPSC) and Jammu and Kashmir Service Selection Board. The official website is jkpsc.nic.in and www.jkssb.nic.in. Please check official website of authorities for Job Search. here provide the most searchable Government Jobs in J&K State

I feel this is essential to educate people about the software which is helpful to grow in the online market. I started recruitment99 for a reason and a lifetime goal which is to deliver genuine information about all the internet marketing software, app, training, and online platforms.